Only one game has ever got me totally engrossed to the point where I find myself quite literally losing myself: Minecraft.

I hadn’t played for a while before I got back into it recently, but like when I first played I keep finding myself losing up to 18 hours at a time just living in my own little dream reality.

It’s bad, yes, but it’s the sheer openness of the world and it’s randomness that really creates the game.

That, and my amplified level seed has to be the best thing to ever grace the planet.

But in all seriousness, it really captures the imagination on an awful lot of levels. I have the ability to do almost anything, create anything, and adventure anywhere. The vast infinite landscape is mine for the taking…that is if I could be bothered to go expeditions that far.

One thing I found though was when I defeated the Ender Dragon the ending script was actually quite…well…meaningful, especially for a game about blocks and gravel damage. It just reminded me how easy it is to lose oneself in a dream of any kind, and pay less attention to the ‘long dream’ of life.

Perhaps a few of us need to wake up. 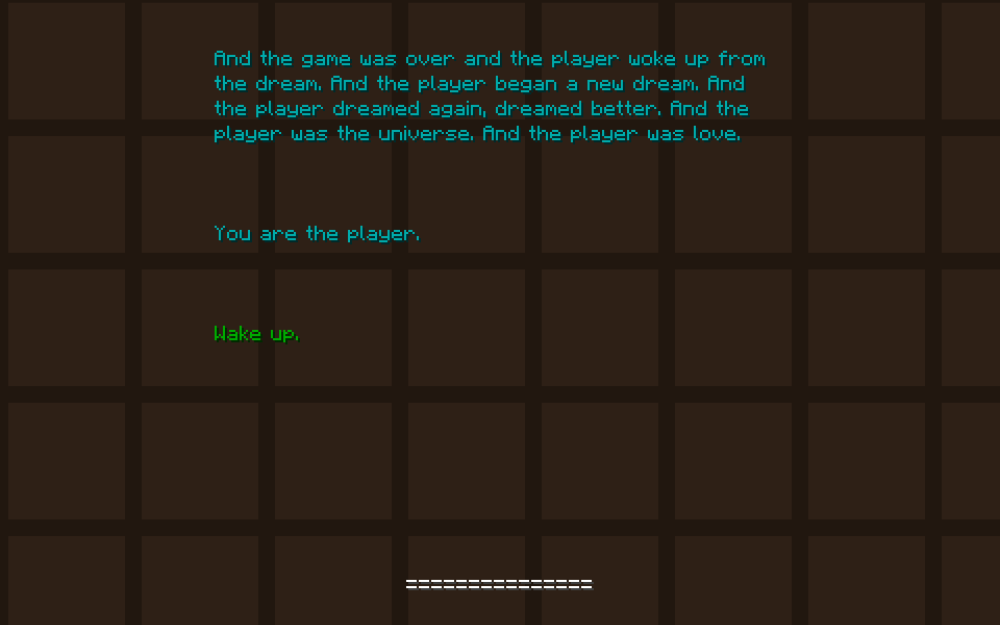 A simple man, trying to make his way in life. View all posts by Alex Holyoake

Drop me a comment, and I'll see how fast I can reply! Cancel reply